Dan is taking on the London to Paris challenge next month, cycling 309 miles over four days! To warm up Dan completed an Ironman in Mallorca! He was inspired to take on the challenge by his 15-year-old son Jack, who sadly passed away in 2018. 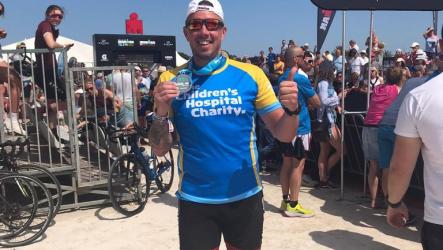 "This was Jack’s idea, he said I should do an Ironman to raise money for Sheffield Children’s Hospital and this was it."

Dan Faulkner is taking on the London to Paris challenge for Sheffield Children's next month, cycling 309 miles over four days from capital city to capital city!

To warm up (quite literally!) Dan completed an Ironman challenge in sweltering late-twenties heat last weekend, representing TeamTheo in Mallorca!

He said: “The Ironman has been three years in the making, after COVID-19 meant it was postponed in 2020 and 2021, so it meant that I had three lots of winter training- swimming, biking and running and every week.”

Dan was inspired to take on the challenge by his 15-year-old son Jack. He was cared for by the team on Ward 5 at Sheffield Children’s after being diagnosed with an incurable brain tumour that would sadly end his life in 2018.

He continued: “This was Jack’s idea, he said I should do an Ironman to raise money for Sheffield Children’s Hospital and this was it. That’s what I was thinking about when crossing the line.”

Dan has has now raised more than £2,000 towards his London to Paris Cycle, adding to the almost £150,000 raised in Jack’s honour as part of the #TeamJack effort. Around £85,000 of the total is dedicated to Ward 5 at Sheffield Children’s.

He adds: “I think the Charity Team bullied me into London to Paris! Joking aside, it struck me as a great destination event to be a part of. I love cycling and it will be great to spend time with like-minded people fundraising for amazing organisations.

“I’m hoping my Ironman training will carry me to Paris, but the saddle can be pretty uncomfortable after a few days non-stop! I’m pleased to have raised so much and the total raised in Jack’s honour is something we are all very proud of.”

Thank you so much to everyone in #TeamJack! You can support Dan's fantastic fundraising by clicking here. 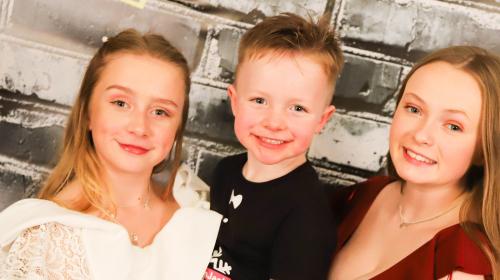 Take on an event for our hospital!