James Noble has raised over £20,000 Sheffield Children’s Hospital and the Neonatal Unit at Barnsley Hospital. It was sparked by the care received by his son Harry George Noble who sadly passed away aged six months. 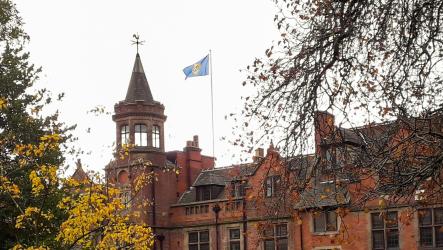 A devoted dad has launched a fundraiser in memory of his son to thank the two hospitals involved in his care.

James Noble’s effort has already seen more than £20,000 raised for Sheffield Children’s Hospital and the Neonatal Unit at Barnsley Hospital.

It was sparked by the care received by his son Harry George Noble. Harry was born in January 2020 and, despite the best efforts of both hospitals, he sadly passed away aged six months.

James said: “The staff at both hospitals were both absolutely superb in what was a very difficult time. A few months later, around Christmas, I just felt I needed a positive goal to focus on.

“I’ve always played and loved sport, so I had the idea to organise something through the friends and connections I’ve made in that area. I just buried myself in my own little world and started reaching out to the local community, I’ve been overwhelmed by their generosity.”

James set himself a target of raising £50,000, to be split evenly between The Children’s Hospital Charity and Barnsley Hospital Charity’s Neonatal Unit fund. Amazingly, he has already raised a staggering £20,000.

James continues: “It was only when I got in touch with the charities and told them about our fundraising that it struck me how much we’d achieved already. The response we have had has been outstanding and if just one child or family can be spared what we went through, it will make everyone’s effort worthwhile.”

Jane Mills, Charity Development Manager at Barnsley Hospital Charity, said: “It has been a real pleasure to get to know James and learn all about his heart-warming fundraising in loving memory of Harry. It is such a privilege to see the passion in James and his family and friends as they strive to fundraising by holding a series of amazing events.”

The fundraising effort has already seen a family rugby day at Underbank Rugby Club as well as two cricket days held at the Scholes Cricket Club, near Holmfirth, over the August bank holiday weekend.

The latest events will see a Charity Golf Day held at Crosland Heath Golf Club near Huddersfield on Thursday September 9. The day includes an 18-hole round of golf, two-course meal as well as a live band, comedian and charity auction.

James has also secured over 100 auction lots for an online auction, raising another £10,000 so far, which ends on Sunday 12 September.

Among the prizes is a two-night stay and play at the Iconic Pebble Beach Golf Club in California, a test-worn and squad-signed Trent Boult New Zealand cricket shirt as well as shirts signed by England Cricket Captain Joe Root.

James adds: “After the 18 months we’ve had with COVID-19, to have had so many auction prizes donated has been incredible. I think it just shows how much these causes mean to people.

“It has been a team effort - friends, family and colleagues have all been really good and put a lot of time in to support me. I’m really grateful for all their hard work in Harry’s memory.”

Abbie Whiting, Regional Fundraising Assistant at The Children’s Hospital Charity, said: “We would like to say a huge thank you to James for his tireless support of Sheffield Children’s in memory of Harry.

“I have been moved by the effort, determination and passion James has shown in already raising an incredible total. The money dedicated for Sheffield Children’s will help the Trust go the extra mile when caring for children and young people. Thank you, James.”

You can support James’ effort by visiting: https://www.justgiving.com/crowdfunding/hgn

You can also bid on the auction prizes by visiting: Harry Noble Charity Auction (jumblebee.co.uk)