Ellena, 3, is from Sheffield. She stopped breathing and turned blue, and was transferred to Sheffield Children's Hospital by helicopter. 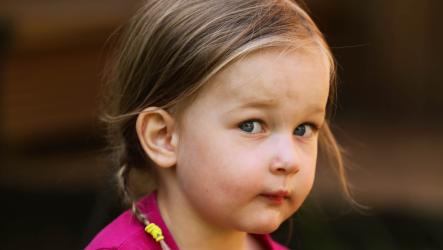 They then had to wait for the green man to appear and the traffic light to change, so they could run across the busy A57 to the Emergency Department

Ellena Kik, from Dore, Sheffield was only a few months old when she stopped breathing on a family holiday at Centre Parcs in Sherwood Forest.

“She began coughing, choking and spluttering. I thought I knew what to do, so I took her onto the dining table and tried to restart her breathing again, but she didn’t. She just turned blue and had a really distant look in her eyes”.

“I watched the life go out of her eyes and the rest of the family was around me looking on. I just thought, oh God she’s gone” Dad Matt, 40, recalls.

A rescue breath from her Dad finally brought Ellena back to life and paramedics arrived soon after. Satisfied that Ellena was stable enough for transport, they recommended she was transferred by air ambulance to Sheffield Children’s Hospital.

While four-month old Ellena travelled with her Mum Genna in the helicopter, Dad Matt drove through rush hour traffic to Sheffield. Due to delays, the air ambulance arrived just ten minutes earlier.

Genna, 37, said “They just hovered over Weston Park and had to wait for anyone below to move a safe distance away. It was a really sunny day and the park was packed. I’ve no idea how long it was, but it felt like forever”.

Ellena was too small for the stretcher typically used to transport patients, so her Mum had to carry the four-month-old in her arms. They then had to wait for the green man to appear and the traffic light to change, so they could run across the busy A57 into the Emergency Department at Sheffield Children’s Hospital.

The Children’s Hospital Charity have launched a £6m appeal to build a brand new Helipad for Sheffield Children’s Hospital, reducing the delays for patients who need critical care as soon as possible. To find out how you help, click here 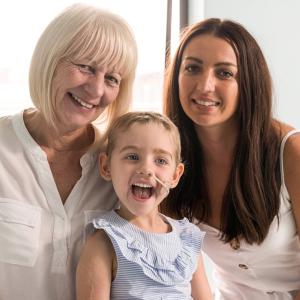 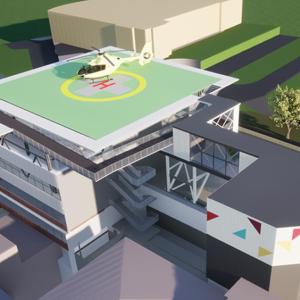 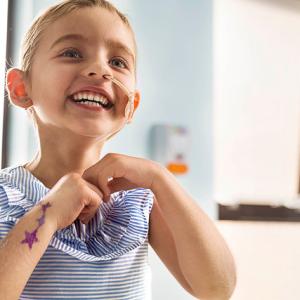 £10 could create more places to play in the Emergency Department.

£30 could help expand the waiting room to four times its current size.

£50 could create two dedicated triage areas so our nurses have a space with everything they need.