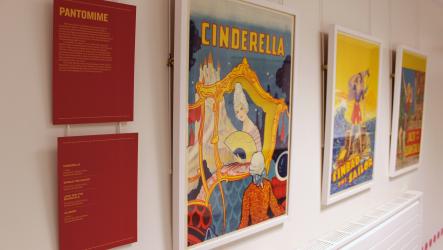 The fascinating world of show people and the larger-than-life shows they toured with came to life as part of Showtime, a spectacular display of work spanning 200 years loaned from the National Fairground Archive.

Professor Vanessa Toulmin, director of the National Fairground Archive, said: “The exhibition showed the importance of family to show people, and is just a small selection of the 20,000 posters we have in the National Fairground Archive. The pieces were chosen to appeal to the patients and visitors to the hospital, and to give them a moment of enjoyment in a time of need.”

With over 150,000 photographs, 4,000 books and over 20,000 handbills, programmes and posters, the archive is the leading repository in the United Kingdom for this material.