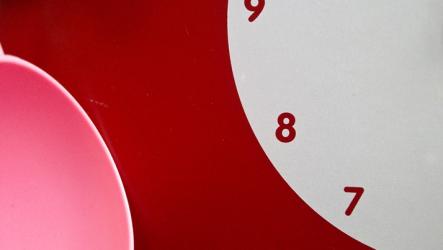 Andrew Conroy and Thomas Mann, two artists based at Bank Street Arts, worked with patients across several wards, encouraging them to use photography to look at the hospital environment and the everyday world around them. The hustle and bustle of life at Sheffield Children's Hospital means that its smaller details can often go unnoticed. In Look Again the children were asked to reveal the hidden world of colours, patterns, shapes, objects and textures that might normally pass them by.

Many of the children who took part in Look Again had some previous experience of taking photographs, mostly on their phones, and all were able to quickly and intuitively get to grips with the practicalities of operating the cameras they were given. However, not many had considered the possibilities of photography beyond candid snapshots of family activities, much less think about the everyday world around them as a potential artistic resource. In Look Again, Andrew and Thomas gave the children the simplest of briefs and left the rest to their imagination.

Since its launch, Look Again has gone on to be displayed at John Lewis, Sheffield and can currently be seen in the waiting rooms of Sheffield Train Station.

For more information about the Andrew and Thomas, go to picturethisprojects.blogspot.com and www.bankstreetarts.com.