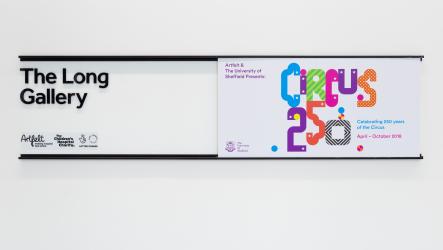 This exhibition celebrated the birth of circus, which was invented 250 years ago by the British equestrian master, Philip Astley.

Philip Astley was an expert horse rider who performed acrobatic tricks on his horse. Philip always liked horses and when he was seventeen years old, he joined the cavalry where he learned to do all sorts of tricks on horseback.

Later on, Philip went to London and started to show his extraordinary horse-riding abilities to the public. He realised that riding in a circle whilst standing on a horse was easier than doing it in a straight line. This type of performance in a circle became known as circus.

Philip was very successful and he brought other trick riders, acrobats, jugglers and clowns to perform in his show. This made circus more fun and entertaining to watch. Philip built many amphitheatres in the UK and abroad. Amphitheatre was the name given to the buildings where circus and theatre was performed. Many people were amazed by Philip’s skills and personality and he became a well-known celebrity.

Over the years circus became very popular and spread around the world; from the UK to France, Germany to Russia, America and many other countries. Performers have always been inventing new and exciting acts to delight and thrill the crowds. That is why circus is still popular today and continues to amaze people with daring skills and exciting new shows.

Look through the exhibition to discover more about ‘Amazing People’, ‘Circus Around the World’ and ‘Circus Families’.

This exhibition was a collaboration with the National Fairground and Circus Archive at the University of Sheffield Library and part of a UK-wide celebration of 250 years of circus history in 2018.